Has anyone heard from or talked with Tim? It has been ages since he has posted, or even read any posts here. That goes for most others as well!
Stay safe all!
Top

Funny you say that. I mailed Tim the other day with a proof of life request

I hope he doesn't ban me for posting for him

" Thanks for reaching out, and for the nudge. But, overall I really can’t complain. The family is fine and healthy and we’re doing well overall. I’ll try to make a point to check in this week. I’m off to write a proposal tonight – my usual “second shift” after putting in my typical 10-11 hours in the office. Ugh!"

Vito,
Glad to hear you guys are both doing well. Trying to keep myself and family safe during this whole mess.
Take care!
Top

Yes, it's really me, and yes I'm still alive, the family is doing great, and yes I still own my Corvette - even though I haven't done a stich of work on it in over a year. Ugh!

Sorry for being away so long. To be honest, I never intended it. I guess time just got away from me.

It's been a very, very busy two years. We decided to move so we started hunting for some land to build on. We had no luck finding anything we wanted where we wanted so went on a letter writing campaign. Somehow we managed to convince a landowner who owned a big tract of land in tree growth in an amazing neighborhood to carve off a piece for us at a really reasonable price. Score! The only down side is we had to go through the Town's subdivision process to make it happen. Meanwhile, we fixed up and sold our old house and moved to an apartment while me and my wife planned, designed and built a new house. When I say we planned and designed it, we literally did. We must have looked at hundreds of plans and, once we found something we liked, I personally drafted up house plans in CADD. We must have created 20 iterations until we were happy with it. I'm embarrassed to admit how much time I spent agonizing over those plans - way too much! But, on the bright side, the house has a heated and air conditioned three car garage (priorities, right)!

From there I did some engineering on a few beams that were needed for the framing plan, we coordinated to get financed and under contracted with our builder, and then we spent way too much time picking finishes like paint color, hardwood, tile, appliances countertops, siding, trim, light fixtures... the list goes on. During construction I did some sweat equity work like heat bending some PVC trim for the exterior, installing a central vacuum system and dressing out the steel beam.

It was quite literally every night after work, and all day on weekends, trying to get this house stuff done while also trying to stay caught up with work. I bet that, between work and house planning, I was spending a solid 80 hours a week every week. The entire process, from the day we decided "lets do it", to the day we moved, was probably 2.5 years.

They started building the house in October 2019 and finished this past March. We closed and moved to the new place the week before things locked down in the U.S. due to COVID. We were really sweating it for a while as we neared our closing date - we weren't sure if they were going to close everything down meaning the banks and attorneys wouldn't be open to facilitate closing. Thankfully that never happened (at least for us)!

The finished house is amazing, and totally worth the effort, but it was a lot. In hindsight I wish I had posted updates and pictures here along the way but I know that time wasn't on my side... 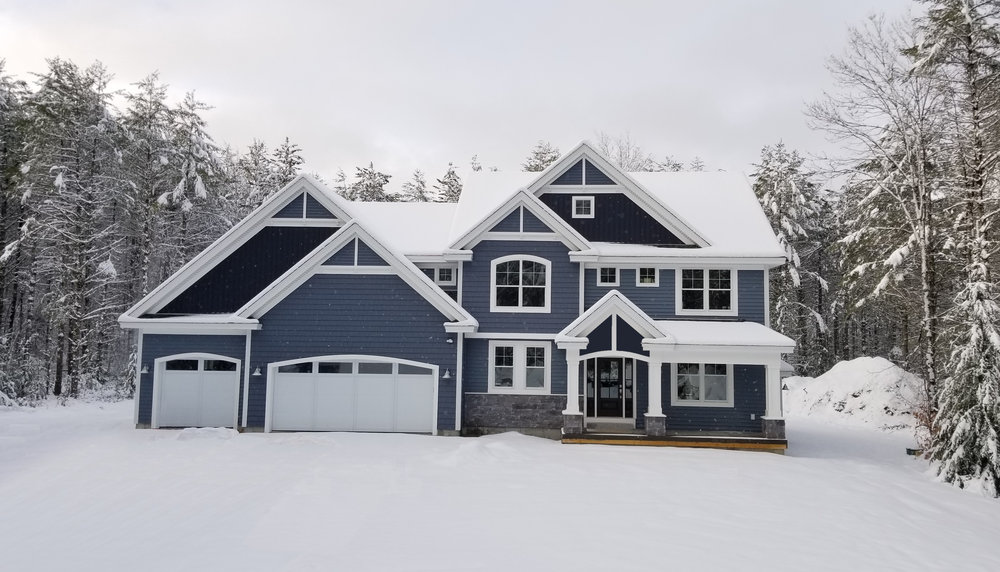 So what else happened? Well, at work we've been quite busy for the past few years delivering some pretty big assignments for our client. At the same time, I received a promotion at work which that led to more responsibility and engagement to make things happen. When COVID hit this spring we went to a remote work posture which only further stretched my ability to keep things going - working remote just takes longer, especially for management and coordination tasks. I find having brief in-person discussions with the people I need to see as I walk around the office far more productive than trying to schedule and conduct a bunch of video calls. Needless to say, work has kept me running.

Also, my oldest is a freshman in college this year. So, we also spent some time last years doing the college selection thing - touring campuses, going to student information nights, talking about majors, etc. Her car was junk so we also helped her find a new(er) set of wheels. She's loving college though, and they're actually allowed to be on campus and attend courses in person which is great. Thankfully she's only an hour and a half away so she can come visit without too much trouble.

This summer has been busy too. If you all haven't all figured this out yet, I have a tendency to bite off more than I can chew. In any case, at the old house we had a screened in gazebo that was really amazing - our favorite room in the house. We decided we'd like to have something similar here so I started work on a gazebo. Probably a pretty big mistake - it's taken way more time than I planned (shocker) but it's coming along well. As with most things, I don't' do much that's simple - the roof framing is post and beam style with exposed tongue and groove roof decking. It looks pretty nice, and is probably 80% done at this point. In hindsight I should have been working on finishing the garage (installing cabinets and shelving), dressing out the closets, and finishing some trim work in the office - all items we decided to do ourselves to save some money. But, I figured those would be good winter projects...

So anyway, there's my not-so-brief update. I obviously have a lot of catching up to do with the posts here and I'm interested to see how much progress folks have made on their projects. I hope it's way more than I've made! I've gotta jump into a proposal for work this morning but will check back this evening or tomorrow morning to start catching up.

Hope everyone is doing well!

Posts: 514
Joined: Nov 16th, 2009 1:38 am
Tell us about your Corvette: 1971 Coupe that's been in the family since new. Was "stored" in a shed in New England for22 years. Even though I have limited knowledge and experience, I'm doing a body off restoration. Standby for many questions!
Location: Spokane, WA

It's great to "see" you back Tim! It does sound like you've been quite busy during your absence from the forum, not just sitting around in front of the TV with your feet up drinking beer...(not that there's anything wrong with that

The house sounds great and we'll give you break and "allow" you this winter and spring to finish up all the remaining odd-jobs, but we want Corvette progress by next summer!!

Hang in there,
Paul
Top

Tim,
Welcome back from hiatus, glad to hear everyone there is doing well and staying safe!
Don’t feel bad about nit getting anything done on the vette. I myself moved and changed jobs, twice in the last 3 years, and the car hasn’t bern touched since I put it in the garage 3 years ago. 🥺🥺
Top

Thanks all, working on getting caught up on some threads here. Still pretty busy so it'll likely take a while!

Users browsing this forum: No registered users and 9 guests